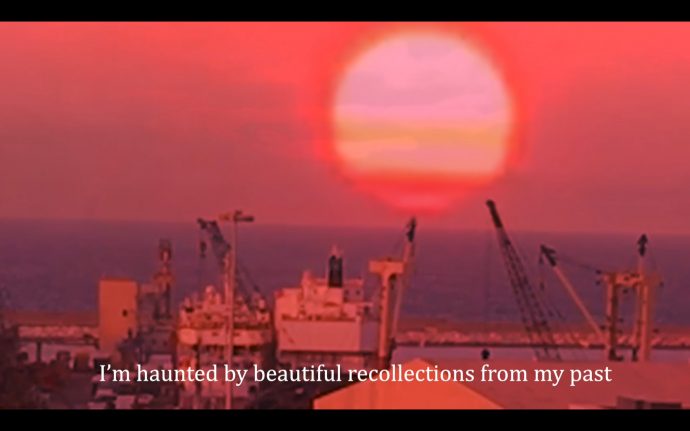 International touring program of short films from and about Beirut with the aim to fundraise for those affected by the Beirut explosion.

An initiative by filmmakers Nour Ouayda (Beirut) and Philip Widmann (Berlin). After Berlin, Paris, Marseille and Geneva now in Rotterdam, and with more cities to come. The screening in Rotterdam is made possible by IFFR, AWL_ and WORM.

Beirut over and over again | Beyrouth plusieurs foi
You may have seen the pictures and videos of the explosion that shook Beirut at 6:08 pm on August 4th. It was larger than anyone can imagine. Till today, there are 178 deaths and thousands of injured and displaced. Many have lost their wives, husbands, kids, lovers, homes and livelihoods. Protests against the encrusted political system represented by the Lebanese government took place after the catastrophe and were answered with more violence, tear gas, rubber bullets, pellets, repression. A state of military emergency was declared and is threatening our freedom to protest and stand against a regime that has literally blown us all up. The regime is still keeping us in the dark as to what really happened at the dock number 12 at the port that day. Meanwhile, we are cleaning up our streets, mourning our dead, worried sick about those that remain unfound and still counting the damages.

The catastrophe has escalated the severe difficulties experienced by many in Lebanon due to political inertia, the collapse of the national economy, and the global pandemic. Many are struggling to survive and need our help to rebuild homes, shops, find shelter and food, replace the work tools that they lost during the blast.

In light of this situation, we have selected several films from and about Beirut to be screened in various cities around the world. The donations collected at these screenings will be put where they’re needed most at the moment, and where they directly help people sustain their livelihoods. All proceeds will be distributed among organisations that offering help to migrant workers, refugees, transgender and LGBTQ, small initiatives offering basic support with food and rebuilding measures, as well as a solidarity fund for the arts. 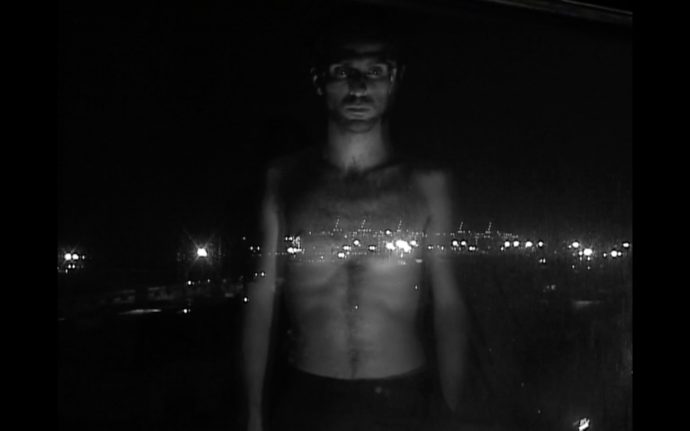 Chehouri made this short video in 2019. It is shot on his mobile from his balcony which overlooks the
port.  In hindsight, a view of the 2700 tons of ammonium nitrate.

Lost in time and translation, images transport us on a journey behind the modernist
facade of Beirut’s electricity building. The images shot on Super 8 are accompanied by
droning noises reminiscent of experimental, electronic sounds of the 1950s and 60s.
The video portrays Lebanon’s National Electricity building as a homage to a once
modernist project linked to the very construction of Lebanon’s modern state. Till today
Beirut suffers from a power cut of three hours a day, outside of the capital up to 8 hours
per 24, thus this building is a highly politicized subject. The question of who is in control
of the actual power switch is reflecting the confessional divisions of Lebanon in general
and has recently made the building the aim of violent protests.

In the mid 80s, Beirut is at war. A group of young men wearing neat black clothing
wander around the city by night. They occupy empty houses for a few hours and gather
what they can of the furniture. In the darkness of the night, they move the goods to the
mountains and sell them back to their owners. Each night after midnight, the young men
meet in an empty movie theatre. There they watch films, smoke cigarettes, discuss
cinema, and receive orders from an old man. “I have one thing to tell you: one of these days I am going to cut myself into dear little frames and feed them into a live transmission. Alive again.”

As Far as Yearning is that dialogue-in-progress taking the shape of a film composed by
sound, performed by words, perforated by images still in motion. Ghassan Salhab and
Mohamed Soueid are embracing a sense of survival. This film is a sixth sense they
nurtured in a world that has become faceless. Their film essay is a personal attempt to
be two in one. Disguised as men, they walk among men who left behind their shadows.

All proceeds from the screening including regular fees will be split equally amongst the following initiatives: