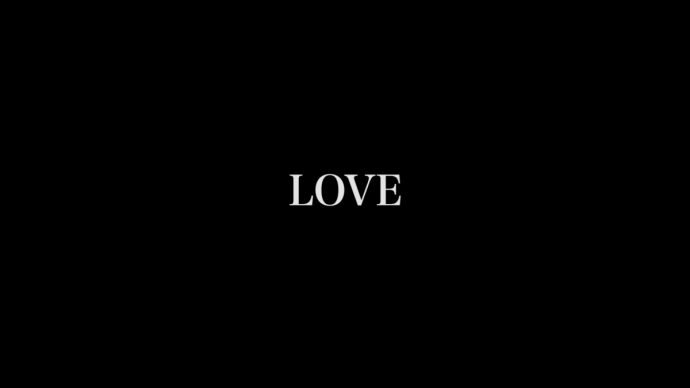 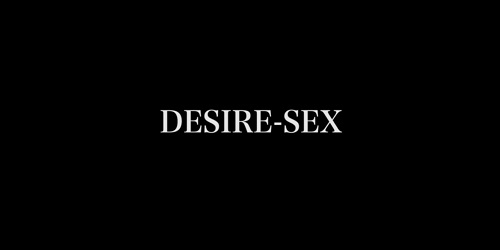 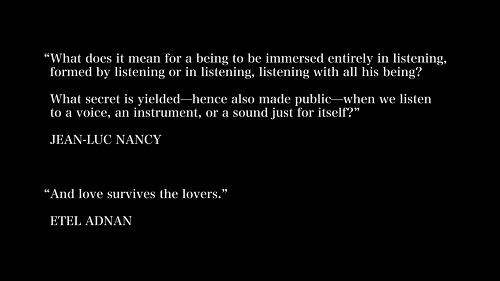 One of the basic tenets of The Avantgardistic State is love. Therefore we are delighted to bring a work that examines love’s relation to one of the key artforms, film. For further reading we recommend this feisty booklet.

While much emphasis has been placed on the visual iconography of love, with the exception of music very little attention has been given to love as an aural, spoken phenomenon since the tradition and practice of amour courtois. In ‘Love Sounds’, artist Masha Tupitsyn researches the English speaking history of the talkies to meticulously unravel its relation to the politics of love.

“‘Love Sounds’ is a film that lets us close our eyes. It asks the listener to listen to the ethic of what is heard. The ear is the only aperture you cannot close. Its always open, vulnerable, receptive, prone. […] You can see someone every day and not see them. But you can be with someone with your eyes closed. You can be in the dark with someone, with a lover, with a memory, with a voice, with a song, dancing with other bodies at a club, and it is deeply intimate, erotic, sensed. – Masha Tupitsyn in an interview by Phil Coldiron (MUBI Notebook)