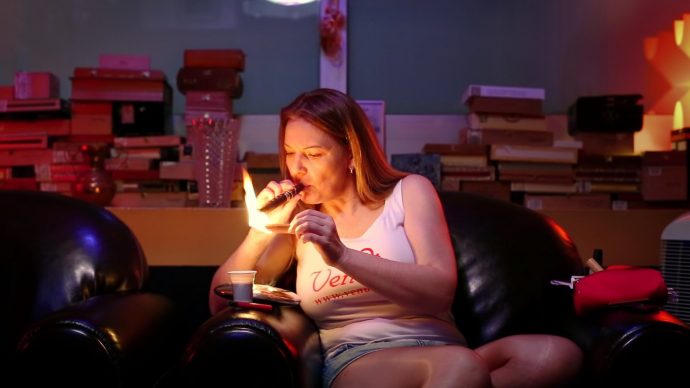 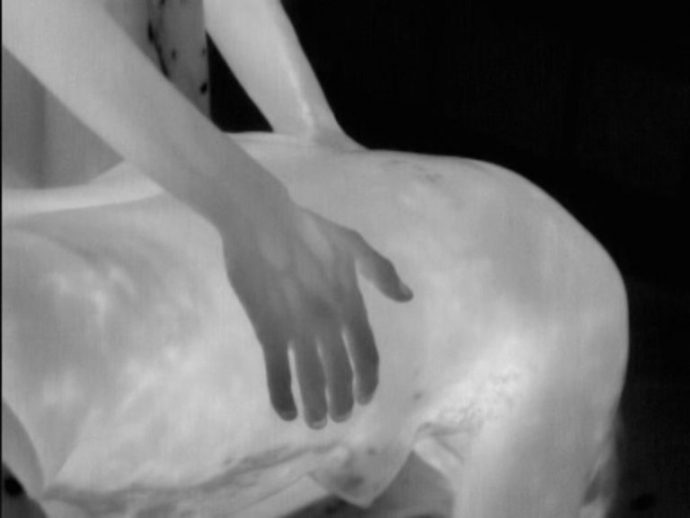 Seven award winning films from the 2016 edition of the Kurzfilmtage Oberhausen. In its 63 years of existence this festival has shown early works by renowned artists such as Valie Export, Agnes Varda, Chris Marker, Miranda July, Werner Herzog, Andrea Arnold and Martin Scorcese, while keeping a sharp eye on both the essence and the fringes of contemporary cinema and art film production.

‘Telefon Santrali’ Sarah Drath, Germany, 2016, 7′
Sarah Drath shows us Turkey against the backdrop of its history in Telefon Santrali, a film full of ambiguous political commentary presented in an indirect, surprising way: we find ourselves in a telephone switchboard.

‘489 Years’ Hayoun KWON, France, 2016, 11′
Using enthralling computer-animated image sequences, and guided by a former South Korean soldier, Kim, we access the Korean demilitarised zone, and immerse ourselves in this soldier’s personal memories and experiences of a reconnaissance mission.

‘Mains Propres’ Louise Botkay Courcier, Brazil, 2015, 8′
In the so called post-colonial era, poor countries continue to be subject to the same group of countries that colonised them. Europeans pretend not to know or to remember this.

‘Ang Araw Bago Ang Wakas’ (The Day Before The End) Lav Diaz, Philippines, 2015, 16′
In the year 2050, the Philippines brace for the coming of the fiercest storm ever to hit the country. And as the wind and waters start to rage, poets are being murdered. Lav Diaz’s intriguing sci-film has a compelling political urgency.

‘SHE WHOSE BLOOD IS CLOTTING IN MY UNDERWEAR’ Vika Kirchenbauer, Germany, 2016, 3′
A video for Kirchenbauer’s music/performance project COOL FOR YOU. Following her research on enhanced vision via infrared technology in modern warfare, Kirchenbauer utilises these technological means to discuss intimacy and the body. She looks at the violence of lust in scenes both loud and intimate, brutal and tender.

‘Venusia’ Louise Carrin, Switzerland, 2015, 34′
Lisa, the authoritarian owner of a luxurious brothel has only one friend: Lena, an artless prostitute as unpredictable as she is lazy. The two women are filmed in the intimacy of the smoking room, where their relationship mixes tenderness and cruelty. This unusual double portrait unfolds a dynamic landscape of the human condition.

As a special bonus we’ll throw in an outrageous masterpiece from 1965 from the Oberhausen vault, in its original 16mm splendour.