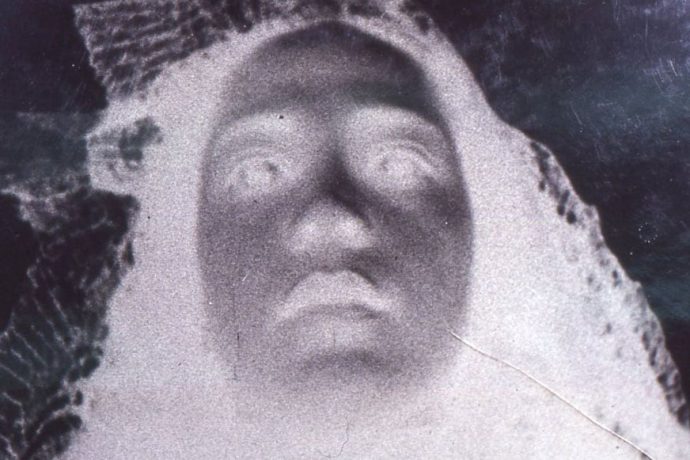 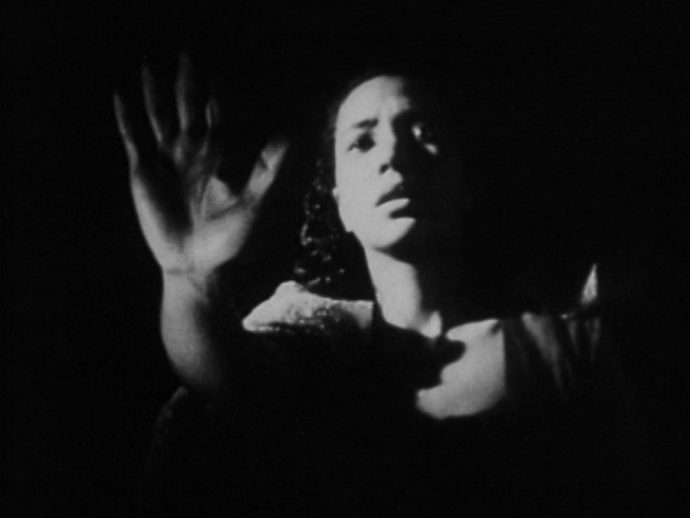 The figure of the witch is currently subject to a rise in interest from a contemporary feminist perspective. Apart from its presence in art house and fantasy cinema, witchcraft finds its way into experimental practices of filmmaking, creating new shapes and rituals touching both on daily representations of femininity as on more explicit esotericism. The films in this programme, rooted in different times, places and approaches, introduce us to a “witch identity” (as Maria Klonaris and Katerina Thomadaki put it) of cinema. The programme is curated by Boris Monneau, film maker, critic and programmer based in Paris, France. It was initially presented in the 21st edition of the Festival des Cinémas Différents de Paris (Collectif Jeune Cinéma).

In her book ‘Sorcières, la puissance invaincue des femmes’ (2018), Mona Chollet briefly tells the history of the relation between feminism and witchcraft. In the persecutions historically suffered by witches, Chollet sees a typology of oppressed feminine characters which still resonate today. The book also underlines the recuperation of this mythical-historical figure by feminist movements in the 70s (for instance with the slogan “Shiver, Shiver, the witches have come back” used by Italian militants). The movie by Swiss filmmaker Danielle Jaeggi, Sorcières-camarades (1971), belongs to this movement. Simultaneously a militant, and an essay film, it wants to “search collectively and individually a feminine language”, to “change qualitatively our words and thoughts, to bring a truly revolutionary content” by criticising the patriarchal gaze which informs the usual cinema: “A film about women. A film by women. A film for women. Made with a man’s camera. […] To the Woman searching for her identity the spectacle only reflects a fragmented image”.

The demystification of the audiovisual image, the conjuration of the male gaze, implies news forms of bewitchment : Out of The Ashes (1987) by Marion Urich is a visual poem using the imagery of witchcraft mixed with a feminist speech about the history and repressed power of women.

On the other hand, making no use of verbal language, the film by Gabrielle Reiner, ‘La Princesse est indisposée’, elle ne reçoit personne (2007), partakes in a certain deconstruction of the everyday, which would be one of the aesthetical hypotheses of feminism, echoing the famous slogan of the MLF (Women’s Liberation Movement) “The private is political”. It represents scenes from the life of a woman in her intimacy (applying make-up, taking a bath, etc) giving them a ritualistic dimension on the verge of fantasy.
Interested in anthropology, in her essay An Anagram of Ideas on Art and Film (1946), Maya Deren defends a ritualistic practice of cinema, which would transcend the divisions between realism, romanticism and surrealism by bringing a collective dimension to art. She directed Ritual in Transfigured Time that same year. The repetition of ordinary gestures in a frozen time gives them a magical appearance, transgressing the convention of social situations. Calypso Debrot’s La Maison Goétie, whose title makes reference to the invocation of demons (as well as to the etymology of “argot”), creates a similar distorsion of time by using heterogeneous elements related to domestic decoration and production of images, in a sort of alchemical reduction.

Reaffirming the use of menstruation in witchcraft, Jours en fleurs (2005) by Louise Bourque incubates footage of nature in menstrual blood for several months, thus metamorphosing the materiality of the image.

At last, in Shaman, a Tapestry for Sorcerers (1967), Storm de Hirsch, whose work is always imbued with esoterical references, the filmmaker makes of her body, filmed in the nude through a variety of filters and prisms, into the site of a magical practice.

OUT OF THE ASHES, Marion Urch (UK, 1987, videotape transferred to digital, 12′)
A powerful and evocative work which utilises pagan and christian images to explore the mythologies of blood and fire, taboos around menstruation and the persecution of witches.

SORCIÈRES-CAMARADES, Danielle Jaeggi (France-Switzerland, 1971, 16mm transferred to digital, 10′)
A film about women. A film by women. A film for women. With a man’s camera. Someday women will see these sad images of our survival and will wonder how we have been able to take it. (D.J.)

LA PRINCESSE EST INDISPOSÉE ELLE NE REÇOIT PERSONNE, Gabrielle Reiner (France, 2007, super 8 and 16mm transferred to digital, 16’25)
This film is composed by a series of studies dealing with day-to-day and solitary moments of a woman played by different actresses.

RITUAL IN TRANSFIGURED TIME, Maya Deren (USA, 1946, 16 mm, 14′)
In Maya Deren’s fifth film we have gestures that invite us to move into step with them, abandoning the comfort of the known and giving ourselves over to so many strange partners. This silent short begins in a domestic environment, moves to a party scene, and ends with modern dance performed in an outdoor setting. The film’s continuity is established by an emphasis on gesture and/or dance throughout.

LA JOURS EN FLEURS, Louise Bourque (Canada, 2003, 35mm, 4’30)
‘Jours en fleurs’ is a reclamation of flower-power in which images of trees in springtime bloom are subjected to the floriferous ravages of menarcheal substance in a gestation of decay. The title is based on an expression from my coming-of-age in Acadian French Canada where girls would refer to having their menstrual periods as ‘être dans ses fleurs’. As a result of incubation in menstrual blood for several months, the original images inscribed on the emulsion undergo violent alterations. The shedding of the unfertilised womb depredates the fertilised blossoms and substitutes its own dark beauty. (L.B.)

SHAMAN A TAPESTRY FOR SORCERERS, Storm de Hirsh (USA, 1967, 16mm, 12′)
For the magic makers of the world, those who enter the soul and rummage through the refuse and flowers of time to weave a talisman for man’s rebirth in his house of breath. (S.D.H.)