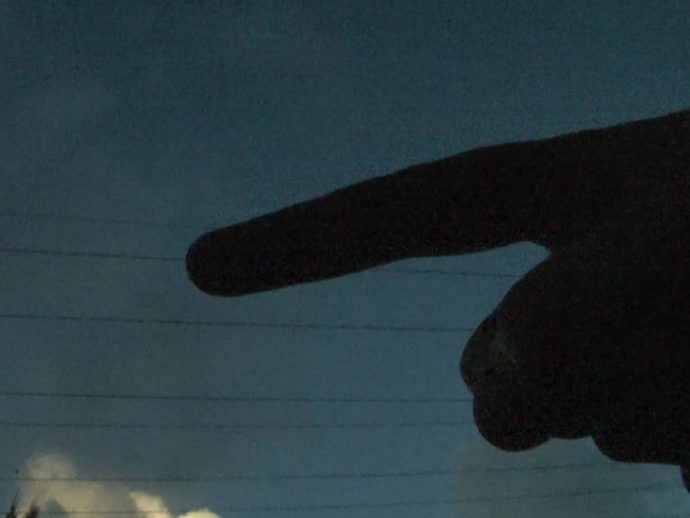 AWL is proud to present a selection of six short films, carefully handpicked from the archives of the legendary Internationale Kürzfilmtage in Oberhausen.

The festival is one of the world’s oldest showcases for short films. It presented the first works by now-renowned filmmakers such as Agnès Varda, Martin Scorsese and Werner Herzog and by artists like Pipilotti Rist, Miranda July and Kenneth Anger. The 65th edition takes place in early May.

Programme:
Ein Wunder / A Miracle
by Stanislaw Mucha
Germany, 2000, 10″
Is it possible to film miracles? The camera shows pilgrims, who watch a window of a school in a small town in the East of Poland, where several people already believed to have seen the Virgin Mary.

Chiroptères
by Romeo Grünfelder
Germany, 2018, 2”
A full-length curtain moves only in parts and unnoticeably; the reason remains unclear. Only the title and the sounds in the film hint at what is behind it. The spartan use of stylistic devices that suggest a proximity to the horror-film genre creates a mysterious atmosphere.

Vertières I, II, III
by Louise Botkay
Brazil/Haiti, 2014, 10″
A personal 16mm essay, filmed in Vertières, a city block at Cap-Haïtien. Here, in 1803, the big battle took place that ended in the expulsion of Napoleon’s army from the island. Haiti then became the first country in the world to win its independence from colonial powers.

32 + 4
by Chan Hau Chun
China, 2014, 32”
The director spent her childhood living apart from her family and knowing very little about its history. In this film, which won the main prize of the Oberhausen festival in 2015, she boldly faces her parents with her camera in a search for answers about her past.

Raymond
by Nina Yuen
USA, 2014, 11:30”
The artist asks her father to name all the people he knows who have died. She pairs each name with a branch, a seed or a flower that has fallen to the street in a rainstorm. The names describe the history of immigration to Hawaii that brought Yuen’s ancestors to the islands. The plants are also migrants: they came to Hawaii in the jet stream, a high elevation wind corridor that carries species over the oceans for thousands of miles.

Dame 2
by Kathryn Elkin
United Kingdom, 2016, 10:30″
A classic interview with Helen Mirren from 1975 is performed as a song by Kathryn Elkin, backed by a choir of associates and friends whom she corrals into chanting in loose harmony.