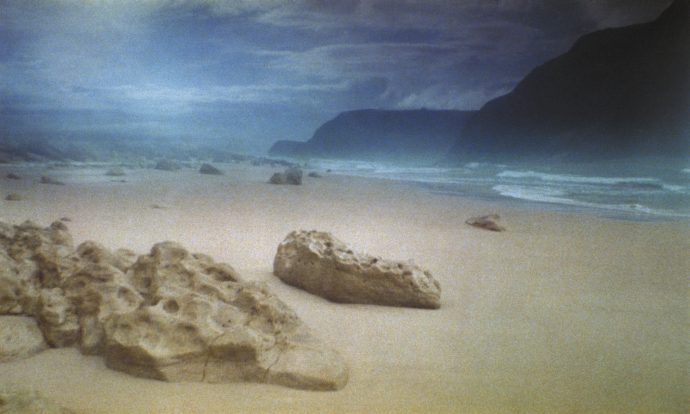 ‘Der siebente Kontinent’ (The Seventh Continent) is the debut film of Austrian director Michael Haneke, inspired by a true story of a middle-class Viennese family that committed suicide. The film chronicles the last years of the European family, which consists of Georg, an engineer; his wife Anna, an optician; and their young daughter, Eva. They lead routine urban middle-class lives, with hopes of escaping to Australia to start a new life, but suddenly decide to destroy themselves without any apparent reason.

Before ‘Der siebente Kontinent’, the screening will begin with two remarkable short films which reflect on family life in ways that deeply contrast with our feature film. ‘Christian and Michael’ (2006) is an affectionate portrait of a Viennese couple and the objects that surround them. Chicago-based filmmaker Adele Friedman shot the film on 16mm and uses no sound, evoking associations with early anthropological films while keeping an explicitly subjective gaze.

‘Happy-End’ (1996) by experimental eminence Peter Tscherkassky is an ‘excessive’ remix of found footage depicting a middle-aged couple’s yearly ritual involving music, dance and the consumption of lots of egg-liqueur. It’s as much a happy celebration of their relationship as a mournful testimony of things that are inevitably coming to an end.