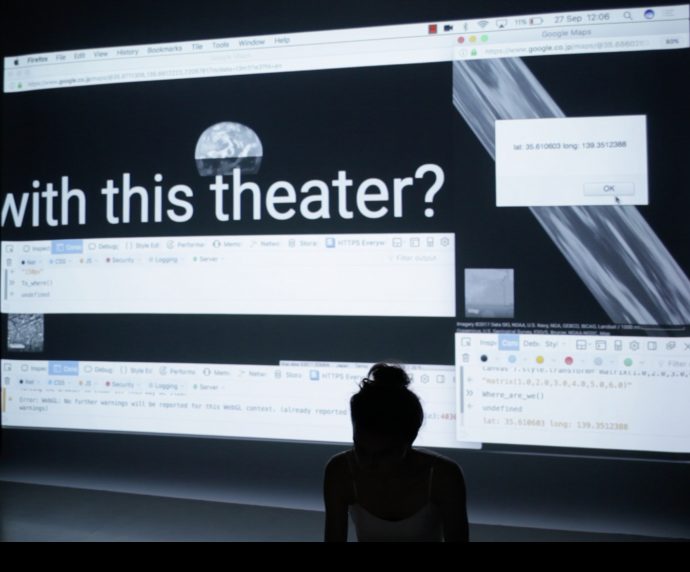 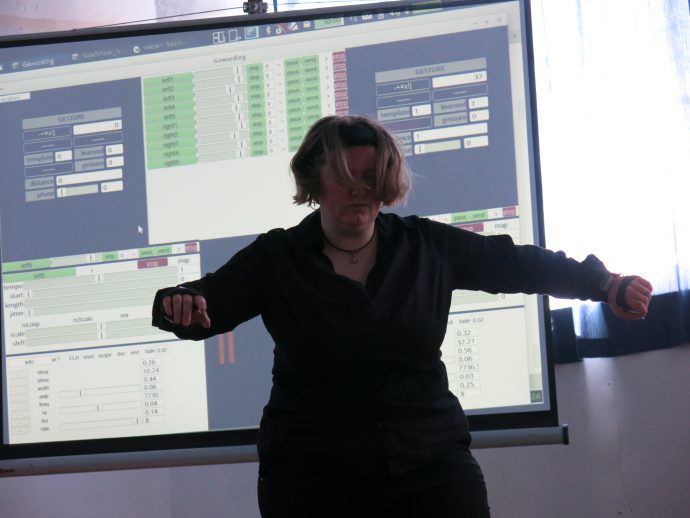 Performances based round live coding and talks with the coders!
20:30
WORM

NOTE! A discount ticket is available to students for this event. Please have your student ID ready to show at the door with your ticket, otherwise we can’t allow you entry!

An evening of live coding performances by Marije Baalman, Joanne Armitage & the OFFAL and Joana Chicau, and talks with the artists about their practice and experiences. This event is dedicated to the act of coding as a live artistic intervention; from digital to physical expressions, a myriad of experiments relating code with sound, code to the body, the body to movement and counter-movements.

The talks will focus on the issue of gender diversity in the electronic music scene. Is the livecoding community inclusive enough? Is the open source movement open enough? what were the artists’ personal experiences in this sense? This programme is a joint venture between Joana Chicau and New Emergences. New Emergences is an initiative that serves as a platform to openly discuss issues regarding gender equality in electronic music and sound art.

OFFAL (Orchestra For Females And Laptops) is an international collective who devise performances involving multi-location collaborative improvisation. The group was formed in 2015 in response to research around gender in digital technology andlaptop ensemble practice . As a non-hierarchical collective it aims to connect an international group of women engaged in electronic music by developing technological systems and organisational structures that facilitate collaboration. The group provides a platform for the creation and performance of new laptop music by women.

Joanne Armitage is a creative technologist and artist working with sound, physical computing, digital media and interaction design. Her current practice-based research explores how digital sound can connect with the body through haptic feedback. Joanne is  active as a live coder, performing internationallysolo, as part of duo ALGOBABEZ and OFFAL.

A combination of livecoding and gestural control; switching between performance modes of body and gestures and livecoding their relationship to sounds. The
work is an ongoing exploration of mappings of body gestures onto sound and light, and has been changing over the past oneandahalf year from performance to performance.
https://marijebaalman.eu/wezen/2016/10/14/wezen-gewording.html
Marije Baalman is an artist and researcher/developer working in the field of interactive sound art based in Amsterdam. She has a diverse background in physics, sound and sensor technologies, and has worked in the field of interactive sound art, making installations and performances (dance/music). In her artistic work she is interested in the realtime components of the work, in that nothing is precomposed as such, but rather the sonic or light output depends on realtime interactions, be it of the performer or of the audience. She is a member of the Instrument Inventors Initiative (iii) in The Hague.

A series of coding experiments with web environments, navigation technologies and the body in motion. It uses techniques such as motion tracking, geocoding, javascript operations in the web browser and online maps. On the body movement part, it privileges the micro, slow, occasionally spasmodic, kinetic activators of duration or perhaps a nonmeasurable temporality. Altogether this piece aims at projecting new (dis)orientations, fusing physical and virtual dimensions of space, expanding peripheries, borders, inner, outer, skin. Opening up space for other relations between bodies, trajectories and contexts.
A semi-improvised performance that interweaves live coding with speculative body-terrain topographies — forming a new network of nerves.
Joana Chicau is a media designer, researcher and performer – with a background in classical & contemporary dance – currently based in The Netherlands. She runs a
transdisciplinary research project which interweaves media design and web environments with performance and choreographic practices. Chicau has been actively participating in debates and performative international events; and the project has been grown into diverse formats.

started in 2016 as a spontaneous action by a group of students at the Institute of Sonology in The Hague. The core of this initiative is a lecture and discussion series providing a Safe Space for professionals – and for the public – to share their experiences, tell their stories and to discuss a wide range of perspectives, opinions and theories: male and female stereotypes are questioned and strategies to achieve change are discussed.
http://newemergences.com