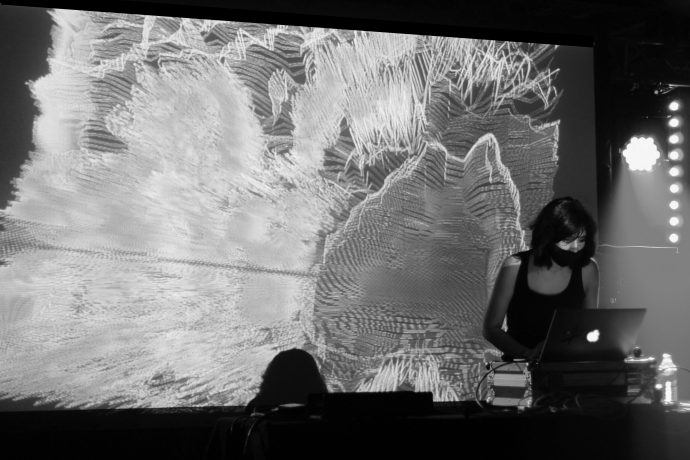 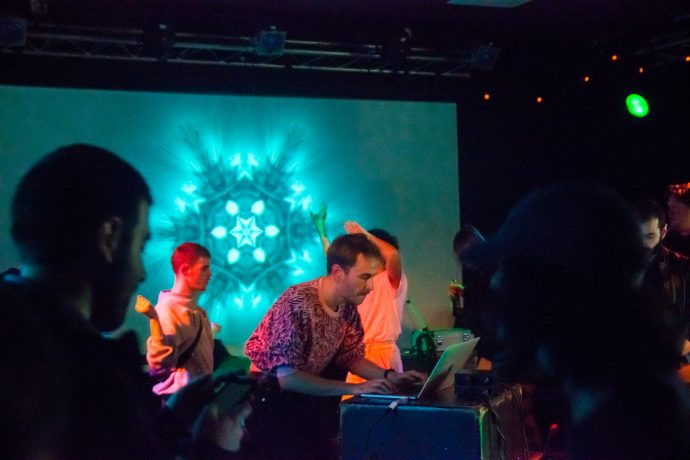 Algo-Rhythms is back in the Open City, deconstructing the way we think about the myriad of socio-cultural possibilities that the interface between music and digital technology opens up.

Giovanni Muzio (Kesson)
Giovanni Muzio (Kesson) is an artist and researcher, graduated in New Media Arts. In his work he defines time as an abstract dimension, where matter is created and evolves continuously in imaginary landscapes. He works mostly with algorithms, mathematical formulas, in the intersection of order and chaos. The unpredictability of randomness and fortuity is mixed with the order and aesthetics of math, in a combination that leads to poetic hallucinations. His aesthetics is minimal nevertheless it is also inspired by the uncanny quality of complexity, synthesized in geometric shapes with few colours, lines of light, real data converted in abstract geometries, inspired by the cyberpunk and Sci-Fi imaginary.

Jobi
Traversing the Dutch hardcore and algorave scenes, Jobi uses custom software to create a proudly joyful mess of hard experimental pop. Through live coding, they mangle together samples from video games, heavy machinery and chart hits into chaotic club bangers. Jobi is the alias of Jo Kroese, a data scientist, artist and musician based in Amsterdam. Their work focuses on using technology to make the world more joyful and just.

Ulysses Popple is a freelance visual and machine learning programmer based in Brooklyn. He’ll be showing off some of his mlagent buddies.

Joana Chicau is a Rotterdam-based graphic designer, coder, researcher – with a background in dance. Her transdisciplinary research project interweaves media design and web environments with performance and choreographic practices. She actively participates and organizes events with performances involving multi-location collaborative algorithmic improvisation, open discussions on gender equality and activism. Joana Chicau will host the event, and facilitate a Q&A between the performers and audience.

Netherlands Coding Live (NL_CL) is a pop-up ‘phygital’ (aka hybrid physical & digital) space based in The Netherlands for engaging with Live Coding through practice, experimentation, openness, discussion and performance. The platform has been supporting various live coding events, including the current one.

The audience is free to join the jam session that follows!