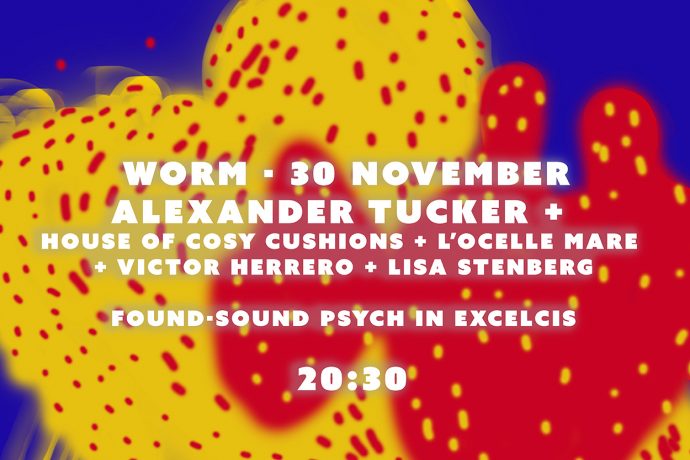 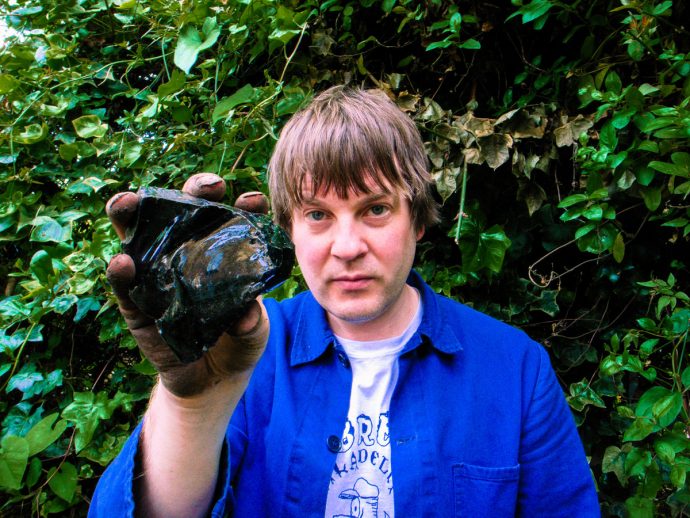 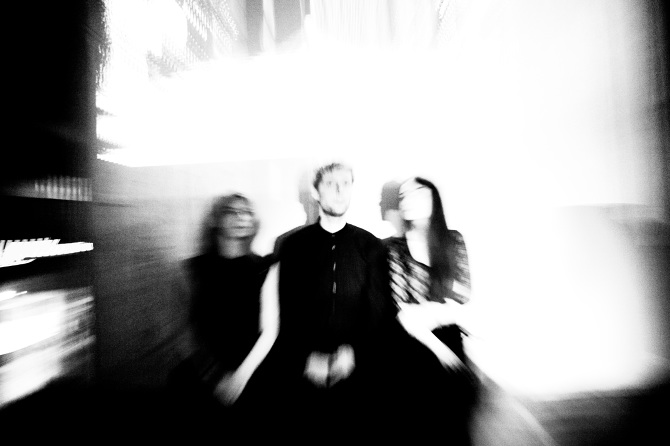 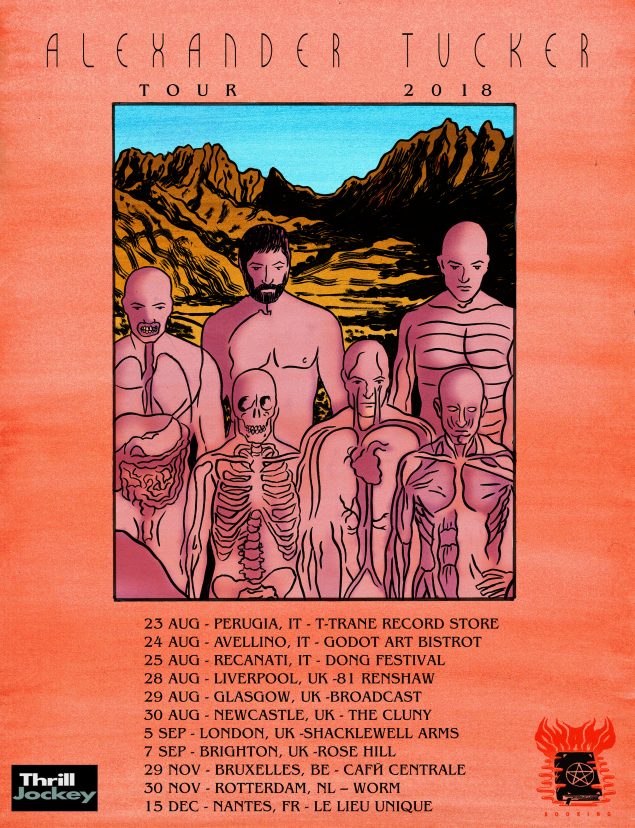 Alexander Tucker
British psychedelic musician Alexander Tucker is one of Britain’s most forward-thinking songwriters and sound sculptors; well known for his work with Imbogodom and Grumbling Fur. Tucker creates sounds on a grand scale; the result often belying the fact that it is the work of just one man.

Tucker returns to WORM with a new LP, ‘Dont Look Away’. ‘Dont Look Away’ contrasts traditional song structure with experimental collage and rich orchestral arrangements. Viewing ‘Dont Look Away’ as the final part of a trilogy, alongside ‘Dorwytch’ (2011) and ‘Third Mouth’ (2012), Tucker explains, “the composition across these three albums feels like a move away from my earlier records towards something clearer and traditional but still maintaining my love of manipulating source material into new shapes and forms.”

L’Ocelle Mare (Thomas Bonvalet)
Thomas Bonvalet is a self-taught multi-instrumentalist. Having begun as a bassist he made his name as a guitarist in the band Cheval de Frise (1998-2004). Slowly straying from the guitar, he began to integrate foot tapping and various wind and percussive instruments into his performance, incorporating mechanical elements and stray amped-up objects into the soundscape. This formed the guiding principle of his solo project, L’Ocelle Mare and continues to form the core of his instrumentation. His fifth and latest LP, ‘Temps En Terre’ is the fifth album release from L’Ocelle Mare, and the first to have been recorded in a studio.

House of Cosy Cushions
Richard Bolhuis returns to WORM, this time with his “avant-garde folk noir” group in tow, the first appearance in such a guise for nearly 5 years. Describing himself as a ‘sober fellow with simple ideals’, Bolhuis nevertheless has a genuine love for sonic experiment and risk-taking. Not to be missed.

“Dutch-Irish combo House Of Cosy Cushions (…) inveigh their enigmatic noise experiments with a beguiling folk sensibility worthy of Mellow Candle or Comus at their most uncompromising.” The Quietus

Victor Herrero
Victor Herrero’s musical journey to date is a rich one. As a child he learned to sing Gregorian and Mozarabic chant under the guidance of Benedictine monks while living as a child in the famous monastery Franco erected in a mountain valley west of Madrid (El Valle de los Caídos). He formed the psych-rock outfit ‘Cicely’, recorded and released an album of his solo piano compositions “Connotaciones para Piano”, collaborated with US artist Josephine Foster (with whom he still works). Herrero also initiated a project, Viva, with the Spanish musician Israel Marco and Togolese percussionist Gamal Seya. The resultant LP, released “Tiempo para la Cosecha” features music is based in the traditional African rhythms. In addition to all of this, he is a prolific solo artist, with a number of releases including “Estampida”, “Astrolabio” and his latest, “Hermana”.

Lisa Stenberg – “MONUMENT”
Lisa Stenberg is a composer from Luleå in the north of Sweden, based in Stockholm. Her music oscillates between the fields of instrumental, electroacoustic and electronic music, exploring extended durations, transformation and states of eternities. The drone suite Monument is composed on the analog/digital hybrid synthesizer EMS Synthi 100 through an intimate process based on listening where Lisa tuned herself to the machine and the beauty of the electricity under her hands. At WORM the music is performed alongside with glitched visuals created by Lisa in collaboration with motion designer Lois Nygren.