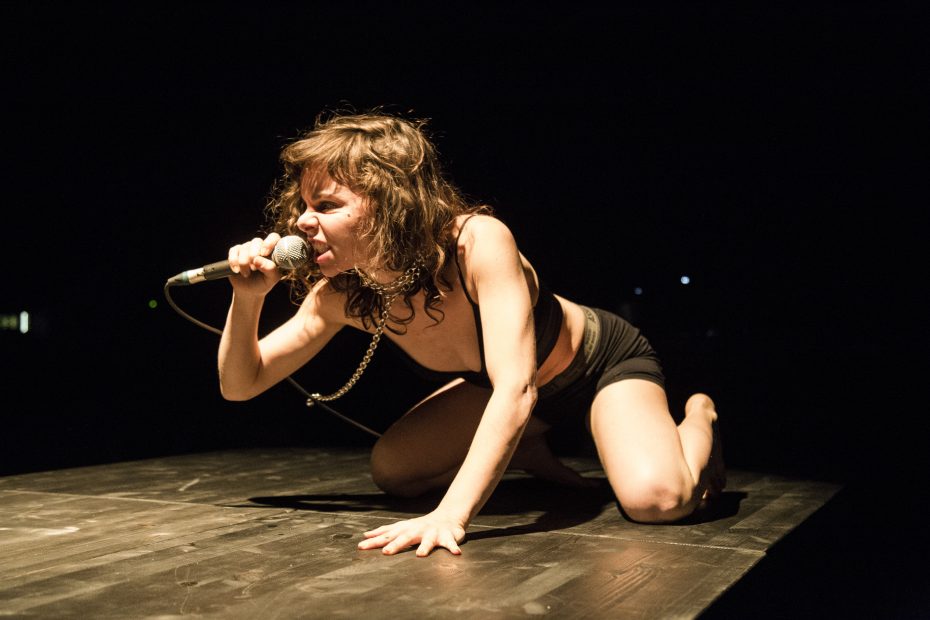 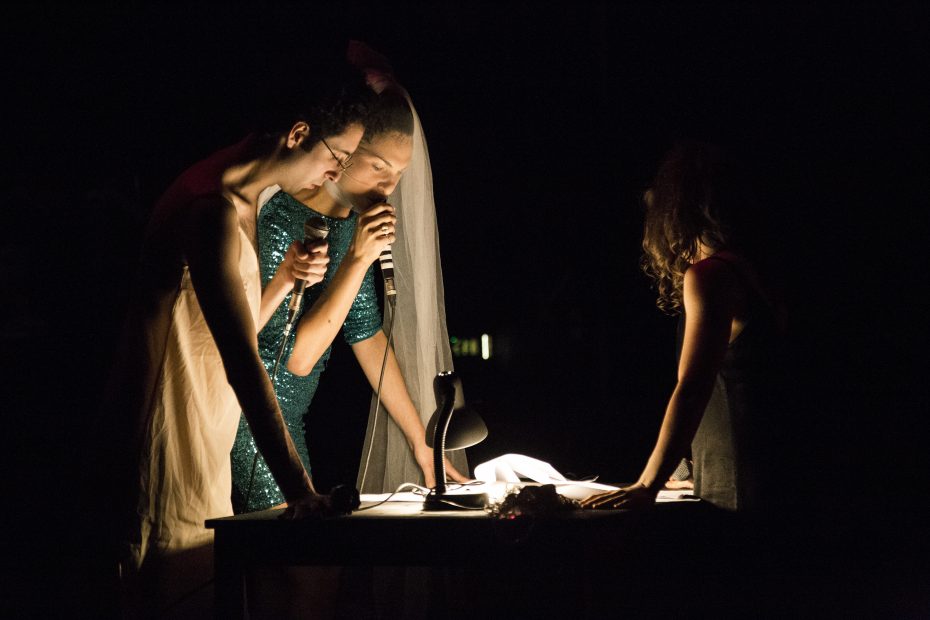 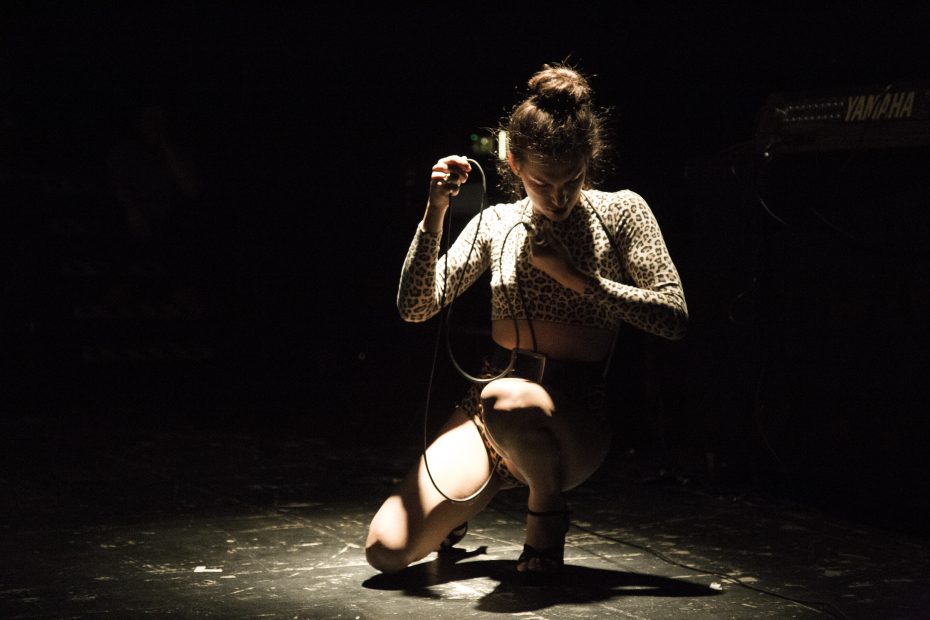 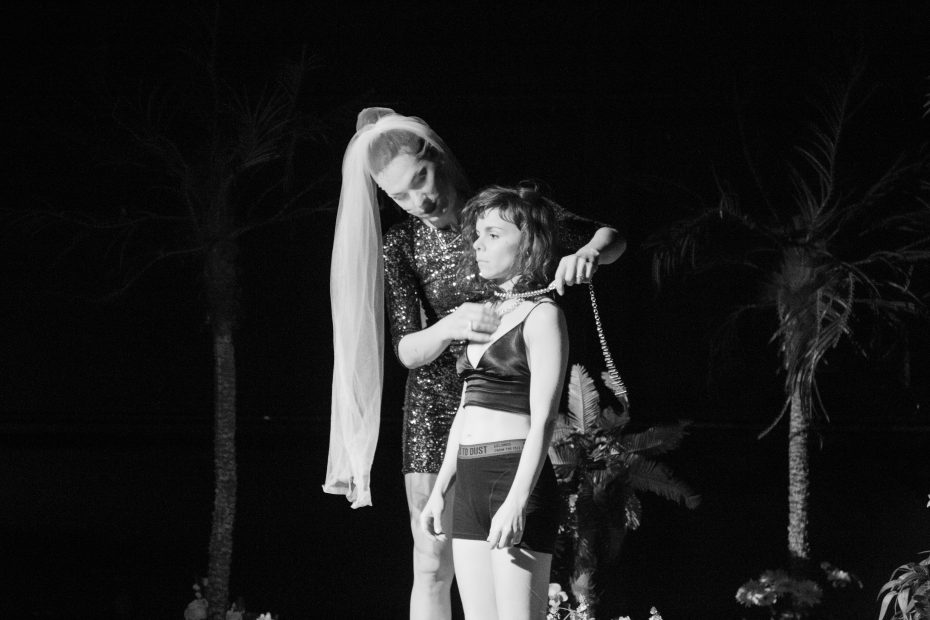 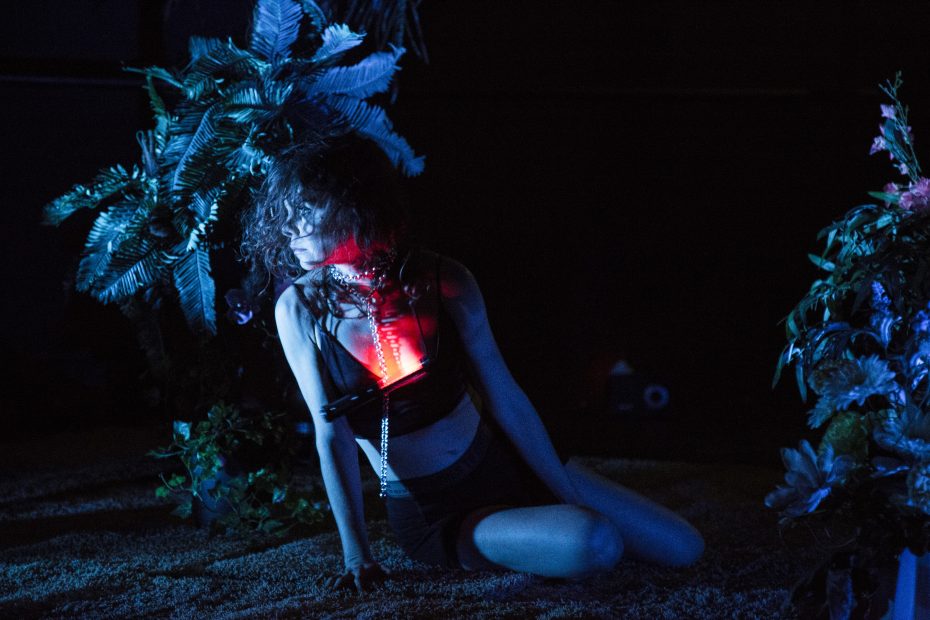 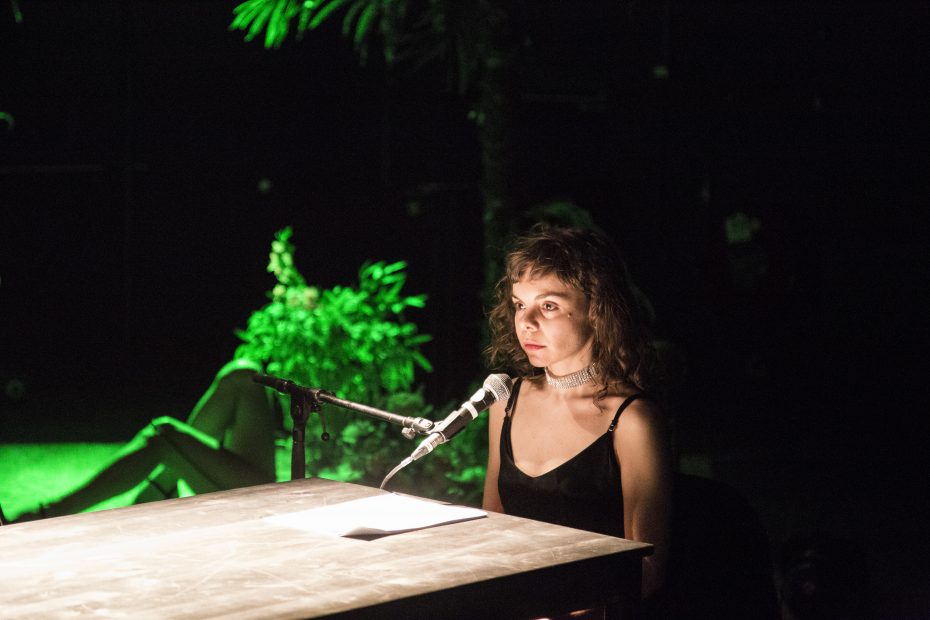 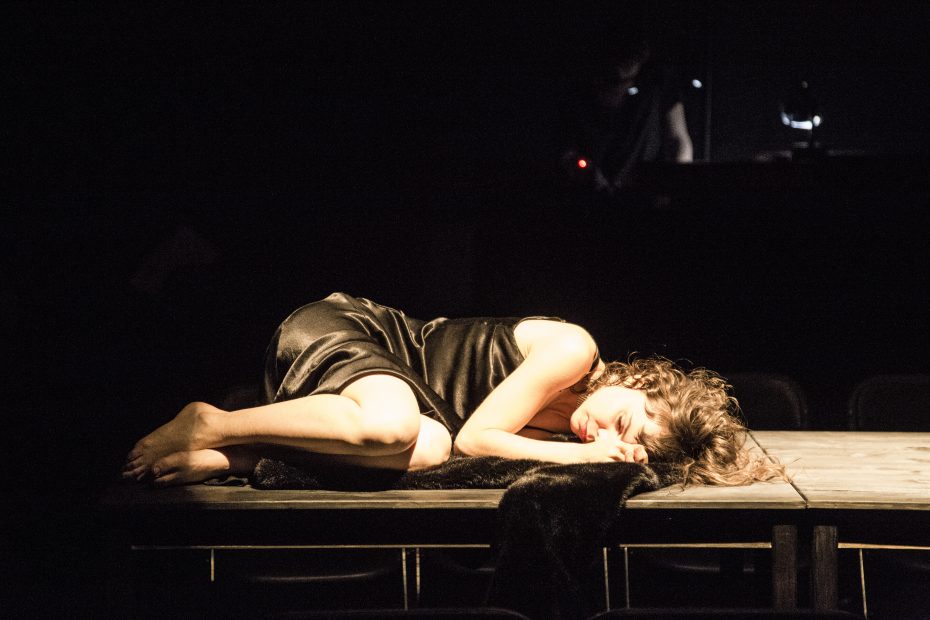 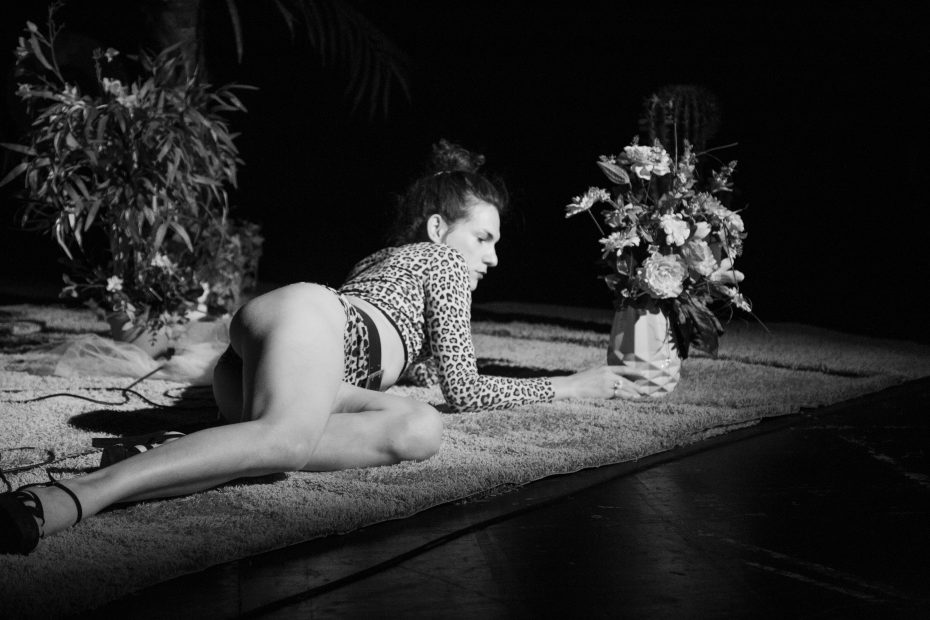 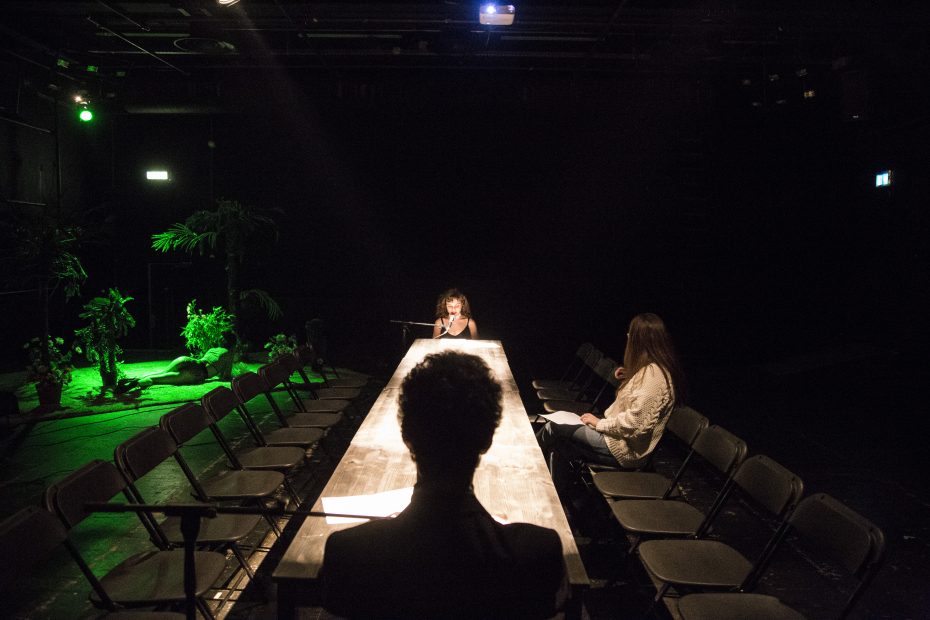 READ the essay by Bernardo Zanotta:‘A play to be read rather than acted’

Possessing UBIK for a month with Bernardo Zanotta

At the beginning of 2020, Bernardo Zanotta created ‘The Repossessed’ an artwork combining his three loves: theatre, film and dramatic, intense love novels.

Based on Djuna Barnes’ book Nightwood, the theatre performance which premiered in UBIK on Valentine’s day gave us all the drama we needed, including: a passionate lesbian love triangle, a cross-dresser gynaecologist who oscillates between masculinity and feminity,  a light show and a live sound design!
The play was separated into four acts, each revealing a chapter from the book highlighting the main characters: Nora Flood, Robin Vote, Jenny Petherbridge and The Doctor. Some of the characters appeared only in the projections woven into the piece, others, like Nora and The Doctor, became manifest on stage.  Inspired by the tradition of dramatic reading (very widespread in Brazil), the actors read the text out loud, making it a dominant object in itself. There was a clear rhythm between reading and movement and the unfolding of the diverse mise-en-scène.

Demanding but nonetheless intriguing, the play captivated the audience. Nowadays it is rare to experience such long periods of unbroken concentration during a concert, play or a film. However, nobody swiped on their phone and each night the public was fully involved in what was happening around them.  This had to do with the content of the play as well as its format.  Audience and actors shared the stage. Costume change and stage transformations happened before everyone’s eyes. Bernardo Zanotta has always been interested to play with our perceptions of front and backstage; unafraid to reveal the preparation process, reminding us to question when is one acting.

WORM is one of those rare places where artists can create, supported and undisturbed. Testimony to that is the quote below from Sissi Venturin sharing her experience during the residency.

Actress Sissi Betina Venturin about her experience at WORM:
It is so rare that you can have a theatre to yourself for two or three weeks. In all my years on stage that has never happened to me. This is only possible for big national/governmental productions in Brazil. UBIK was our paradise, our castle! There is so much in house expertise and warmth in WORM! I want to come back to do another project!

trailer of the play is to be released soon!