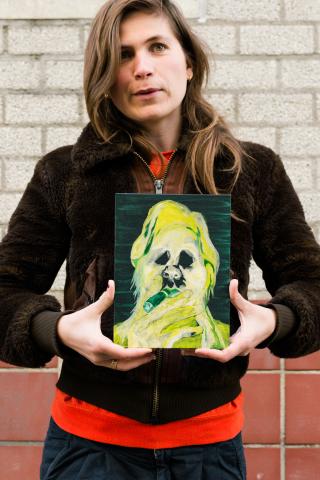 WORM is delighted to report that three colleagues – Lukas Simonis (WORM Sound Studios) and Charlien Adriaenssens (WORM, Contemporary Glory, Contemporary Cash) – have won a prize for their video for the “Besmette Stad” series, an ongoing project by DeBuren.

The pair received a little bit of help along the way courtesy of the voice of creative comrade, Dennis Verschoor (Waveform Research Centre).

The work is a translation of the poem, BOEM PAUKESLAG by Paul van Ostaijen from his work, Bezette Stad. The original work is updated for these uneasy times and enhanced by a series of surreal cameos and an intriguing sound art collage.

More about the project can be found here: https://deburen.eu/project/50/besmette-stad