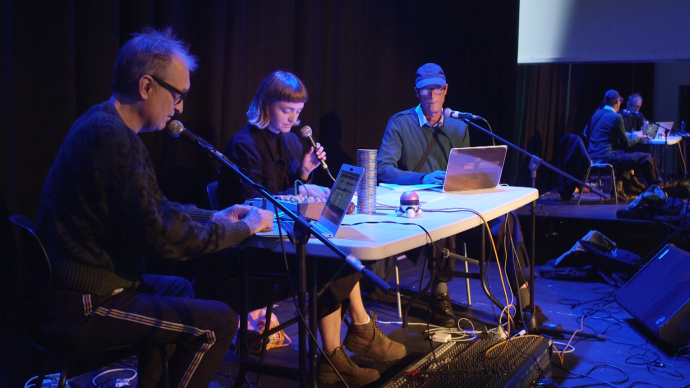 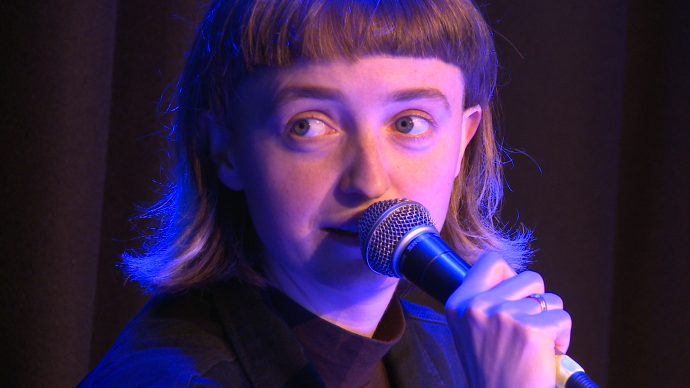 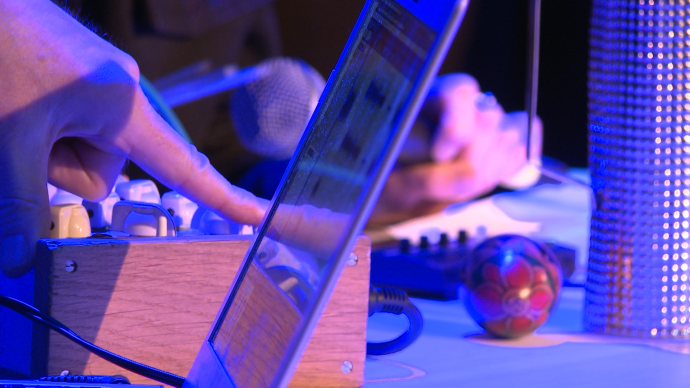 The Dr Klangendum team (number 1 and 2, aka X-Static Tics) went to the Radiophrenia festival in Glasgow for their ungoing project Day Of The Great Tit and did a live rendition of the radioplay, with kind assistance of former Wormperson, Eothen Stearn;

The story is set in the year 2222. Dead Henk, a living corpse brought to life from a previous century (he died in 2121) is forced into an interview about his attempt to stabilise the world by introducing people to art. Was it due to his efforts that there are no more wars in 2222 and that everyone has made peace? There are no more conflicts. Weapons manufacturers only make space ships. Part of humanity is migrating to other solar systems although that is not really necessary; the earth is clean and pollution has been banned. The curiosity about Dead Henk is great because with the disappearance of traumatic and conflict situations all forms of art are wiped out. Only the music has survived this genocide on the uncomfortable; after all, you must have something to listen to sometimes somewhere.

The studio version of the play will be broadcast on Radiophrenia radio, on Friday, May 24th, at 1200h.

There will be another version of the piece made, which will include material that’s being recorded during our stay in Glasgow, a bit like how you make a snowman, probably broadcast in June on our own radio show (Dr Klangendum, on Concertzender).