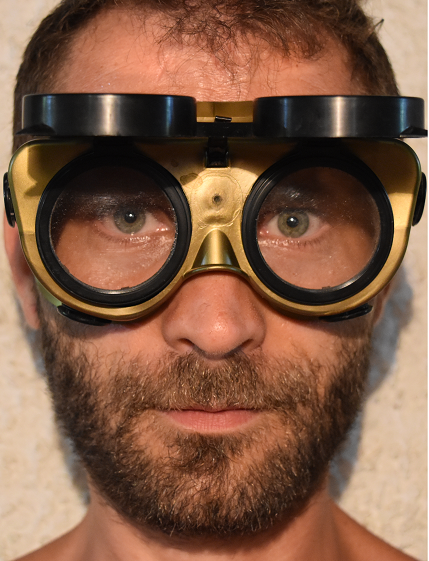 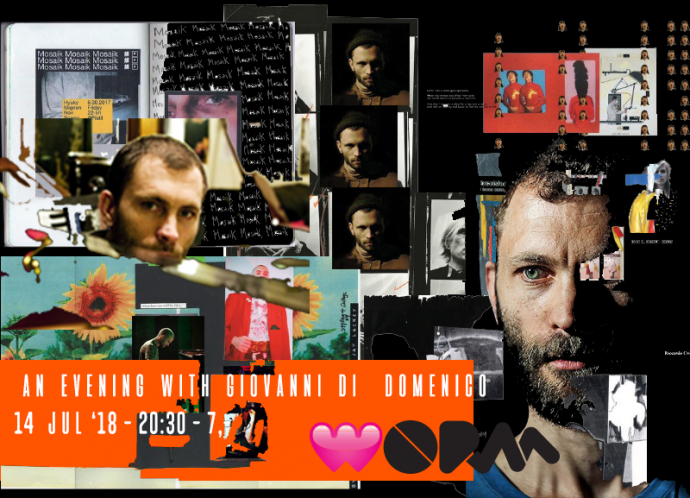 WORM found five minutes to talk to Giovanni de Domenico,  well known for his work in the Belgian quartet, Going and his solo piano and keyboard work.

His gig at WORM, on Saturday (14th July) will see Di Domenico and his group Going as the centrepiece of a wider event, where the Belgian keyboard player will sit on stage the whole evening behind the keys, and play together with a variety of local guest musicians who share a similar mindset. The local musicians are: bassist Bruno Xavier da Silva, bass player Goncalo Alemeida, guitarist Bart Schotman, multi instrumentalist avant a lettre Lukas Simonis, and drummer Onno Govaert. With guest appearance from Phillip Ruttgers!

You are working in the studio this week and you will be sat in the middle of WORM’s stage with lots of musicians coming on and off stage all the time. Isn’t that just a bit of an overload, Giovanni?

GD: Hmmm yes it could be an overload if I don’t really keep focussed and just use the studios for the gig, because there are many many things here (GD waves his arms around the room) where I could be here for years eh?. But I thought I really need to use the studios and take my inspiration from here and do the Saturday show.

So; in layman’s terms you come in here, pick your bits and…

GD: Yes. Of we go. And also to have an idea of the modular things in here and use it and create a modular band – more in a conceptual way.

Your music, especially with Going is very romantic and sometimes very impressionistic, yet you sound very calculated here, for an improv gig. like you’re assembling a machine!

GD: Sound, and how sound relates to notes and pitches and stuff… now, sound has very many different aspects to it. So I try to crystalise the work, and focus on one thing, which is here the timbre of the sound, the quality of the sound. And find a way to translate it to the show; how to translate the quality of sound I had in mind into a time arc. Then work with the people I invited, to make it work live.

You have a really interesting bunch of people, all very good musicians. How do you feel when some of them just walk on the stage and start playing?

GD: I had this idea of making a long travelogue, and I will probably start the show with it, and play the things I have been working on this week. And as I said, I want a modular theme. So, with the musicians, three will form one part of this modular band, three will form another and Going, my group, will be at top of the curve (laughs). I will try to give everyone some guidelines. Of course they will be free to interpret them however they want. But I do want to give them a framework to work in – to be inside.

And Phillip Ruttgers!
(A last minute addition to the night, after both musicians felt there could be something fruitful to be gained from a live collaboration, Phillip is part of the main NSRT programme, playing LantarenVenster.)

GD: I don’t know him personally, I have been checking him out. For me, it’s how he, and the rest follow me; but in their own personal way. Of course we will not have too much time to rehearse, but  maybe having no time can work better because they have less time to think, and have to be clear where to position themselves in the music, and this idea I have. Hopefully things will go well.