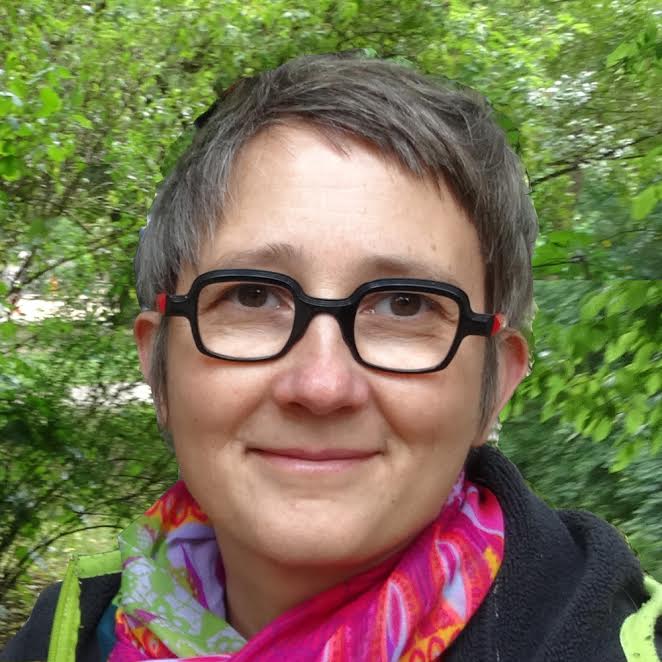 Jingles by The Dr. Produced by WORM/Klangendum/Concertzender.

‘Mittersiller is a yodeler, ­ a song without words ­ that I found in a little song book in the dining room of a farm house on my first night in Mittersill, in the Austrian Alps. According to the songbook, ­ entitled Fein Sein, Beieinander Bleiben (English: “be nice and stay together”, published by Otto Müller Verlag, Salzburg in 1947),­ the yodeler was set in three voices by Cesar Bresgen. I recorded the participants one at a time, playing, singing, speaking the same yodeling song and combined the different voices afterwards to make three miniatures.’

On a sunny Sunday afternoon I met my friend Rehana at the entrance to The Cyclone. When she arrived I had already been making sound recordings for an hour all around the creaking roller coaster. Built in the 1920s, The Cyclone is one of the oldest and roughest roller coasters still around. I’d been watching how people were doing it: at the beginning of each ride as the trains slowly crawl up the first ramp, the passengers waved down to their family and friends… then they’d throw up their arms and scream in excitement. I watched the passengers carefully, wondering whether I should overcome my fear of roller coasters. After all, I thought, the Cyclone was going to be torn down and this was my one chance in a lifetime to have something to boast about in the future towards my grandchildren: “…and then I took a ride on the infamously dangerous Cyclone…” I was tall enough – so I went for it. On the way up I waved down to my friend. As I approached the top of the hill I threw my hands up in the air. But I never screamed: The instant the first “big drop” started I knew that I had made a mistake to take the ride. For the seemingly endless next 2 minutes, all I could think was, “Keep breathing”, “I shall survive” and “I shall not throw up”. The physical sensation of being thrown around and about mercilessly was agonizing. Silly me: It is very unlikely that I will ever have grand-children and later it also turned out that the Cyclone is a national landmark, and that it will never be torn down.

But it was an unforgettable afternoon in Coney Island. Nowhere else in ‘the city’ do you see people of all ages and races walking slowly, holding hands, smiling, like you do on the boardwalk that connects the pier of Coney Island to Brighton Beach.’

arp songs for radio. end phase beginning (2016)
‘The ARP 2500 is a legendary machine. As a modular synthesizer it can be extended with modules and keyboards to fill an entire room. The ARP 2600 on the other hand is the size of a large suitcase and with a bit of determination and a car it is actually possible to tour with it.

And this is what my dear friend Matthew Ostrowski had been doing before he moved to the Netherlands in 1993. In fact he had been touring with two ARP 2600 synthesizers and brought one of them with him when he came to study Sonology in The Hague. But when he moved back to the US six years later he left his synthesizer with me ­on loan ­ he had turned to digital tools and after all his other ARP 2600 was waiting for him in NYC.

When I got the opportunity this summer to work at Worm’s Klangendum studio in Rotterdam I knew immediately that I wanted to make a series of pieces using only the ARP 2500 but I had no idea what to expect. It turned out that much of the synthesizer’s layout is pretty straightforward. I set myself the goal to tackle something new each time I returned to the studio, so each day I moved on to a module that I hadn’t used before. Studying the manual turned out to be extremely useful. But the Balanced Modulator 1005 ModAmp remained a mystery to me. The only text used in the piece is the chapter on module 1005 from the manual of the ARP 2500.

arp songs for radio. end phase beginning was commissioned by EWorm/Klangendum radio and made in the Worm/Klangendum studio with the modular synthesizer ARP 2500 and additional recordings with the ARP 2600, edited in Protools and AbletonLive.’